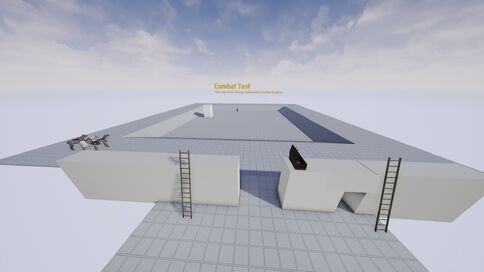 Combat Test Level is a secret map in Mordhau.

Similar to maps like Funland2, it cannot be opened by normal means and has to be opened via the following console command:

The map is large and open with a small castle like area at the far end of the map.

The purpose of this map is that players may test out new mechanics and/or weapons before they might get added into the rest of the game.

The map also has two horse spawns at the corner of the map.

There's also a second variant of this map that includes a handful of entirely new combat changes which can be accessed with the following console command: