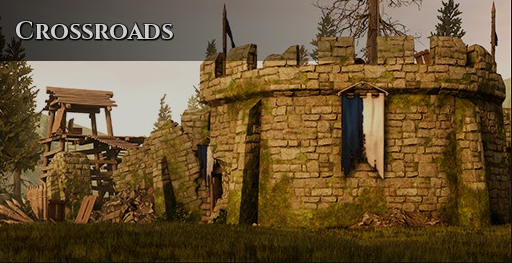 Crossroads is a map in Mordhau. The map is very orientated on using Horses, due to the map being very open and large.

That being said, the map has few structures only having a small fortress in the middle, and a tower on the left.

Show a gallery of notable landmarks and locations.

List of any secret items, hidden locations, messages left by the devs.

It supports the following gamemodes:

On the Frontline version of the map, the tower will have a Mortar on it.

The objective on the frontline version of the map is to simply capture and defend points and basically works like many other Frontline objectives. 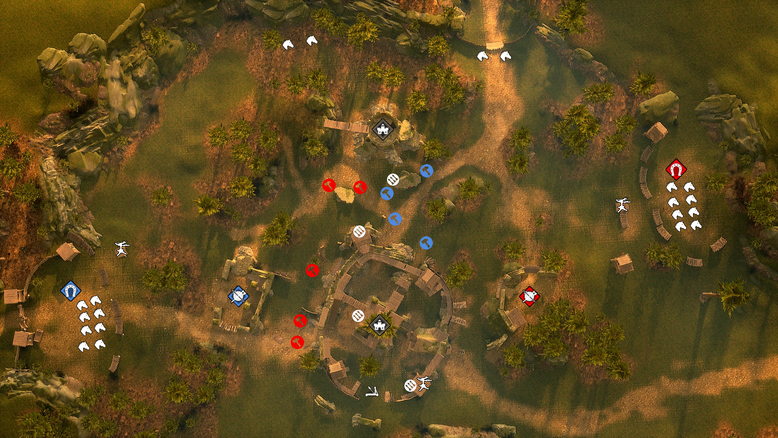 The Iron Company's objective is to break the doors of the cart the noble is hiding in, and then kill him after he's forced to get out.

At first, the noble standing inside the cart will be AI-controlled and will simply stay put, but when the Iron Company destroys the cart's doors, he will be controlled by a player.

If the cart's doors break, the (now player-controlled noble)'s objective is to still reach the other side of the map safely or the defending team will lose.

The player-controlled noble also has to stay close to the wagon, or he will die to a kill barrier.

There's also a table full of food that regenerates on the tower, which allows the player-controlled noble to heal.