The Lite Mordhau Test Level is a secret map in Mordhau. 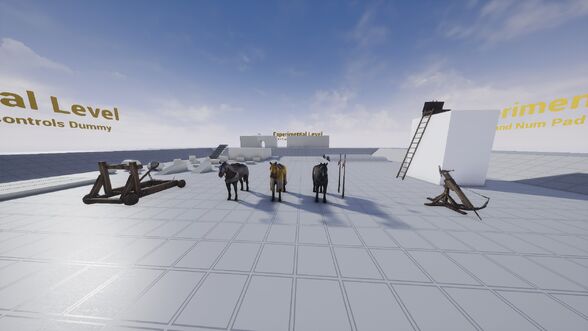 The layout of the map is identical to that of the combat test level, but it has 3 horse spawns in the middle (with lances included), a ballista and a catapult.

The map can be opened with the following console command:

There is a NPC that spawns within the map, that utilises the loadout at the very top position of your loadouts. There are a number of default controls that let you manipulate the attacks that this dummy NPC will input.

As a note, if any of these keys are bound/set for any other game control, it will interfere with this functionality.