There is no normal way to play on this map, and can only be accessed through the following console command:

The map mostly consists of flying platforms and parkour areas with Horses spawning troughout the main area of the map.

There are many secrets on the map, including a short parkour area where the player has to climb a series of ladders which will then allow the player to acquire the Ogre Club from Horde mode. The player may then pick it up and traverse back down to the main area of the map. 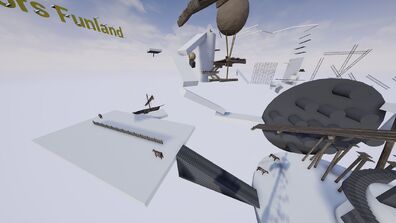 As mentioned already, the map has many moving objects one of them being a large balloon that, if the player manages to climb it, will be able to easily move troughout the whole map and also give the player a safe way to reach the mortar platform on the far end of the map. 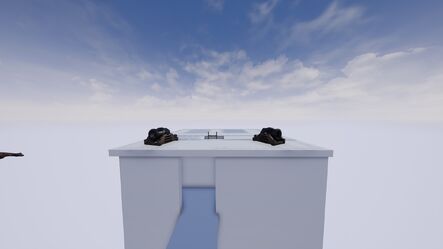 The player will spawn on a small round platform that can be exited by a large moving boat the player can move, or a slide that will bring the player straight down to the main part of the map. The latter is more dangerous for the player however because there's a moving slide with a skull on it that will knock any unlucky player off the map, killing them. 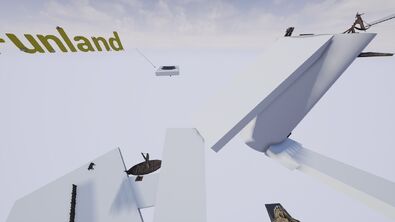 The spawn area of the map has a "Pavise Board" that the play can mount. The pavise board acts like a normal horse, but is invincible and will therefore not respawn if lost. 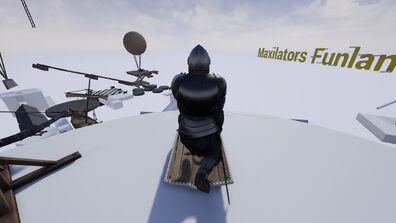