Mordhau is a first-person slasher game developed by Triternion. It was Kickstarter funded in April 2017 and was released in April 2019.

Mordhau is a multiplayer PVP medieval fighting game. Combat ranges from duels to large open-world with up to 64 players. It features a skill-based combat system that is easy to learn but harder to master. The free-style control allows players to attack from a total of 240 different angles with the flick of the mouse. Controller options are also available. Players can fight from horseback or even use the environment to their advantage. Bring castle gates down on enemies or toss boulders from above. Mount up and flank the enemy with a surprise attack.

There are multiple maps available to players that include snow, desert and forest biomes. Characters, weapons, and armor can be customized and there are plenty of options to choose from.

Mordhau will play on dedicated servers, but offline vs bot combat is available as well. The game has a built-in demo mode that allows players spectate and record gameplay.

Mordhau contains graphic scenes of dismemberment using rudimentary weaponry. certain techniques can sever limbs or heads, and those that do not create splashes of blood. this game is at least a solid 15+ according to the ESRB rating system's guidelines.

Add a photo to this gallery 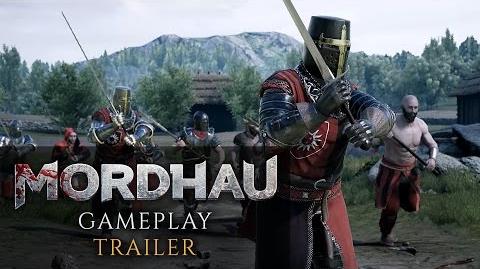 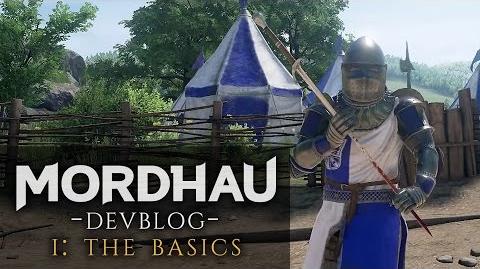 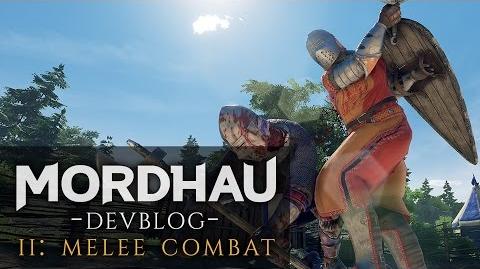 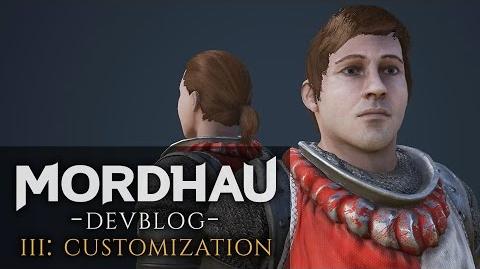 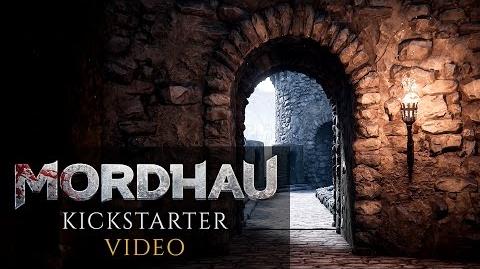 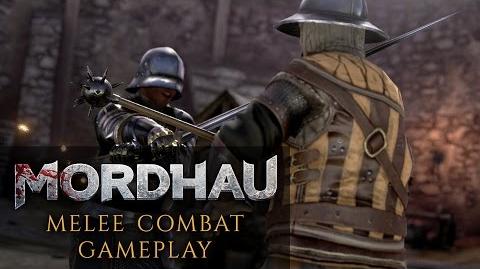 Mordhau - Melee Combat Gameplay (Pre-Alpha)
Add a photo to this gallery
Retrieved from "https://mordhau.fandom.com/wiki/Mordhau?oldid=548"
Community content is available under CC-BY-SA unless otherwise noted.