01:25
This article is a stub. You can help Mordhau Wiki by expanding it.

Weapons are a core element of Mordhau, due to its emphasis on skill-based combat. Players can wield a variety of weapons, each with their own strengths and weaknesses. Up to 3 weapons can be carried at any given time, or 6 in Horde mode, and the player is allowed to have multiple copies of a weapon if they wish. Many weapons also have an alternative mode, which could range anywhere from changing your grip on the weapon for different properties to throwing it as a ranged attack.

The weapons each do different amounts of damage depending on which part of the opponent's body is hit, and how well-armored that body part is. Damage is shown for each region of the body, with the first number being for an unarmored body part, the second number for lightly armored ones, third for medium armor, and fourth for heavy armor.

The longbow can be used to make a dedicated archer with poor armor. The recurve and crossbow lower point cost will allow you to equip better armor and melee weapon.

Throwables, thanks to their cheap point cost, can be used on melee loadouts to soften, finish off a target, or target enemies that would be out of your reach. You could also choose to primarily use throwable, playing similarly to an archer, the supplied perk would be recommended.

If the player has the Huntsman perk, each of these attacks will gain increased damage when hitting the head or torso of an enemy who is holding a bow or crossbow. The increased damage is displayed beneath the regular numbers, and is marked with a *

Shields are split into 2 categories - held block and parry. Held block shields (round shield, kite shield, and heater shield) can be raised and held in front of the player by holding the R key. Parry shields (buckler and targe) have the properties of a normal parry while having a set parry stamina drain negation. The purpose of parry shields is to make 1 handed weapons viable in terms of stamina against 2 handed weapons.

While a shield is on your character's body - in hand or strapped to the back - it is able to passively block some projectiles that may hit the shield, primarily arrows and crossbow bolts. Additionally, holding down the Alt Weapon Mode button with certain shields will allow you to enter Shield Wall Mode, holding the shield up and automatically blocking all incoming attacks that hit the shield for even less stamina than usual - however, this comes with a few drawbacks. It takes a few seconds to initiate this mode, your camera turning is heavily restricted and stamina regeneration is prevented while in this mode, and performing any attacks will cancel the shield wall in the process.

Enter some text here, and a gallery of available utility items

Peasant weapons are available when using the Peasant perk.

The following is a collection of weapons or other held items that serve one purpose or another, but cannot be equipped into a normal loadout. These weapons can only be found by searching the various maps, and some are more common than others.

Some of these weapons/items are exclusive to gamemodes such as Horde, or only available on experimental maps like Combat Test Level 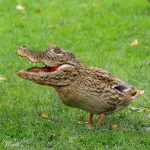